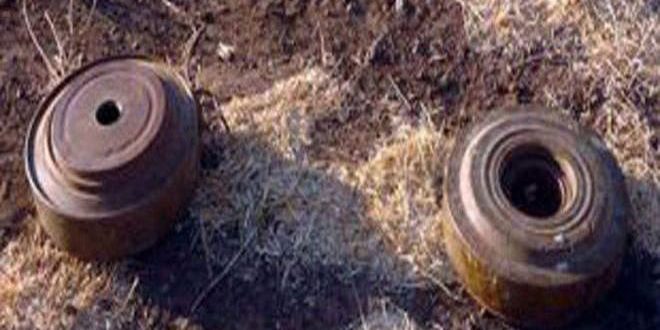 Deir Ezzor, SANA_  Two children were injured on Sunday in a landmine blast left behind by Daesh terrorists in the vicinity of Mrat village in Deir Ezzor countryside.

SANA reporter said that two brothers were injured in a landmine blast left by Daesh terrorist organization in the vicinity of Mrat village in Deir Ezzor northern countryside.

Director of al-Assad Hospital in Deir Ezzor Dr. Mamoun Haiza, said that the two injured brothers aged 12 and 13, one of them seriously, were admitted to the hospital.