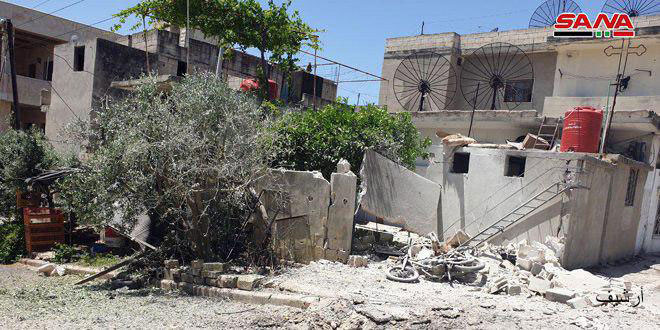 SANA’s reporter in Hama said that terrorists located in the de-escalation zone and its outskirts in Idleb and Hama’s northern countryside fired 6 rocket shells at the towns of Salhab and Mhardeh, causing material damage to houses and infrastructure, in addition to firing a number of rockets at Asileh village, which also caused material damage.

The reporter said army units pinpointed the sources of the rocket shells and retaliated with concentrated fire, destroying rocket launchers and fortifications for terrorists, inflicting losses upon them.