5 martyred, kids and a woman included, due to terrorist attack on al-Suqaylabiyah 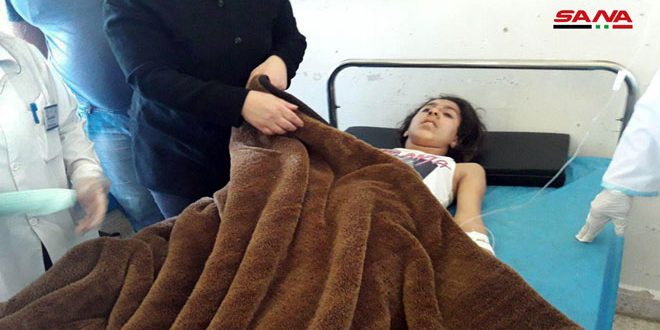 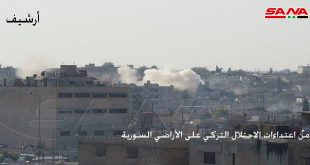 Hama, SANA_ Five civilians, kids and a woman included, were martyred and six other children were injured due to terrorist attack with rocket shells on al-Suqaylabiyah city in northwestern Hama in a new violation of the de-escalation zone agreement.

SANA reporter said that terrorist groups, positioned in a number of towns, villages and the areas of de-escalation zone agreement in northern Hama and southern Idleb, targeted with a number of rocket shells al-Suqaylabiyah city, claiming the lives of four children and a woman and injuring six other children.

The army units operating in the area immediately responded with appropriate weapons to  the sources of the attacks and destroyed s dens and rocket launching pads for terrorist groups .

On May 8 , a number of civilians, a child included, were injured due to terrorist rocket attack on Karnaz town, northwestern Hama.