Army responds to breaches by terrorists in Hama countryside 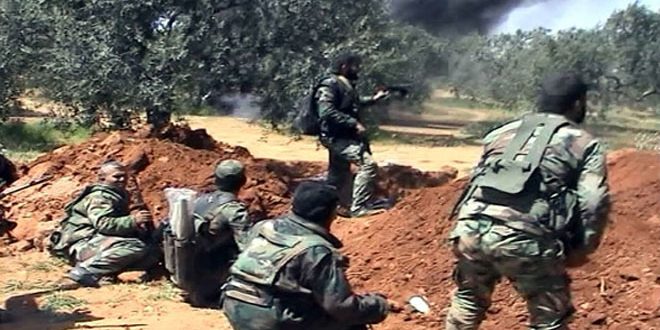 SANA’s reporter in Hama said an army unit positioned in Braidij in the northern countryside of Mhardeh targeted with artillery fire the positions of terrorists in the surroundings of Tal Hawwash village, inflicting losses upon them.

The reporter said an army unit operating in al-Mughir village in Mhardeh’s northern countryside responded to breaches and attacks by terrorists from Jabhat al-Nusra and groups affiliated to it in the surroundings of Tal Hawwash and al-Janabri, targeting the terrorists with machinegun fire and inflicting losses upon the terrorists.

Later, Units of Army in Mhardah north-western countryside carried out precise operations against dens and movements of terrorist organizations in the surroundings of Hasraya town, killing and injuring many of them.