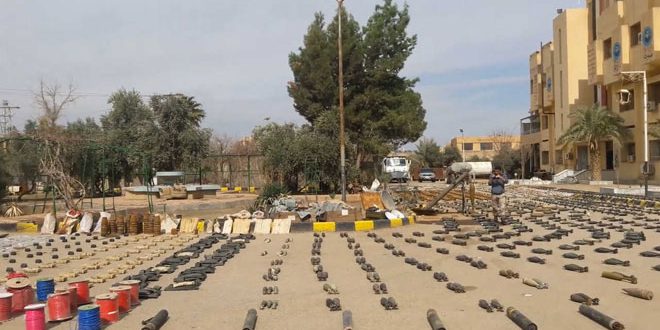 Damascus, SANA – A Syrian Arab Army unit thwarted an attempt by the terrorist organizations positioned in the Eastern Ghouta to send a car bomb driven by a suicide bomber towards the city of Damascus.

A military source told SANA that an army unit based in Jobar spotted on Saturday evening a car bomb that the terrorist groups had tried to send into the city of Damascus, adding that the unit destroyed the vehicle as the suicide bomber inside it was killed.

Israeli-made ammunition and weapons left behind by Daesh (ISIS) terrorist organization was discovered on Sunday by the Syrian Arab Army during sweeping operations in the eastern countryside of Deir Ezzor.

SANA’s reporter in Deir Ezzor said that army units discovered amounts of Israeli weapons and ammunition while combing the villages and towns of al-Sayal, al-Doir, Hasrat, and Sbikhan in the countryside of al-Mayadeen and al-Boukamal. 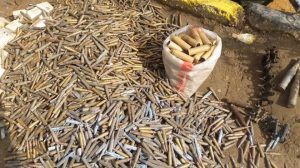 The officer added that the army also found a site that was used by Daesh to recruit children for the so-called “Ashbal al-Khilafa,” along with identification cards, explosive belts, small IEDs, and protective gear used during the preparation of shells containing toxic chemicals.