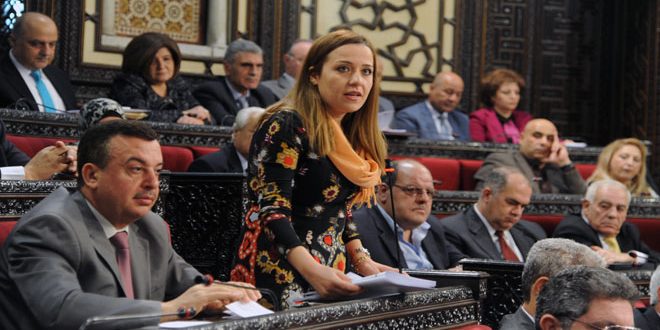 Damascus, SANA-The People’s Assembly approved at a session on Monday the report of the Budget and Accounts Committee on the bill for the State General Budget of the fiscal year 2018.

In their inquiries, the MPs called for building schools for the sons of the martyrs in all provinces and facilitating procedures for importing cars for the injured of the Syrian Arab Army, stressing the need to confront corruption, hold the corrupted people accountable, reform the tax system and implement the billing system .

In turn, Finance Minister Ma’moun Hamdan said that the bill of the State General Budget for the fiscal year 2018 serves the developmental and social process based on a set of basic principles, including securing the support for the armed forces and the requirements of government institutions, increasing national production and providing basic services to citizens.