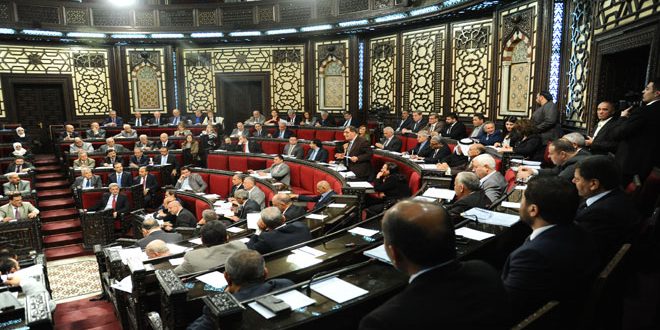 Damascus, SANA-The People’s Assembly referred the government’s financial statement and the bill of the state general budget of 2018 to the Budget and Accounts’ Committee to be studied and then approved.

The Assembly held its weekly session on Tuesday, headed by Speaker Hamouda al-Sabbagh.

The minister noted that the government is working hard to develop the mechanism of delivering subsidies to the deserved citizens to stop any manipulation, losses or smuggling.

He asserted that the government is currently working on re-studying and setting up the tax system so as to achieve tax justice.