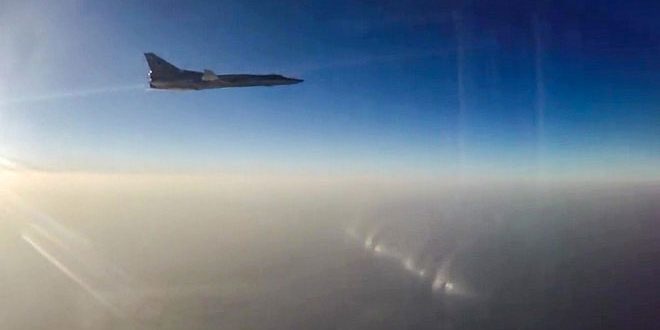 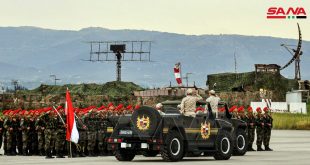 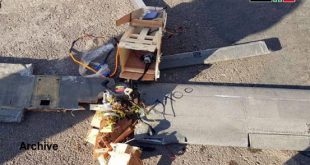 Air defenses intercept drone near Hmeimim base in Lattakia countryside 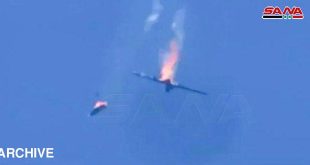 According to the Ministry’s statement on Wednesday, the Russian long-range supersonic bombers, named Backfire-C by NATO, took off from aerodromes in Russia and flew over Iraq and Iran.

Two militants’ command posts, ammunition, arms and military hardware depots were the airstrike’s targets, the statement said, adding that they all were destroyed.

The bombers were covered by Su-30SM and Su-35S fighter jets from Hmeimim Airbase in Lattakia, said the Ministry, noting that after successfully performing their combat mission the Russian aircrafts returned to their bases.