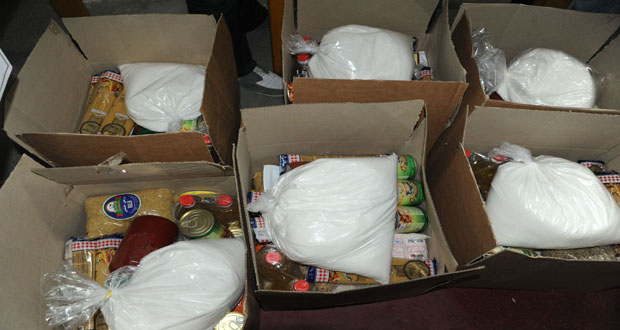 Aleppo, SANA- Food packages were distributed on Friday to a number of affected and needy families in Aleppo city.

Representative of the Russian Coordination Center at Hmeimim told SANA that the food packages include varied kinds of canned food, amounts of flour and sugar and other basic food substances.

He pointed out that the distribution process targeted citizens from the eastern neighborhoods of Aleppo city who arrived through the humanitarian passages, in addition to a number of affected families.

The families expressed thanks and appreciation for the Russian stances towards the Syrian people in their war against terrorism and for the aid which has contributed to enhance the steadfastness of Syrians.