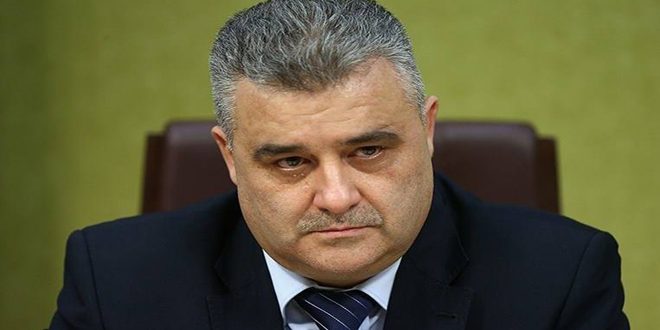 Damascus, SANA- Information Minister Mohammad Ramez Tourjman affirmed the importance of the effective support provided by the Russian forces for the Syrian Arab Army in its war against terrorism.

In an interview with Sputnik news agency, the minister said Syria is exposed to an aggression targeting its existence as a unified state, warning of external attempts to divide it.

The minister expressed confidence in the unwavering Russian determination to continue to provide the necessary support for Syria in the face of the aggression in spite of Western arrogance, saying that the continued Russian support for Syria is not strange as Russian is an international heavyweight that is known for its keenness on preserving world peace and stability in accordance with international laws.

Tourjman pointed out that the hostile Western statements towards Russia and Syria came in response to the battle waged by the Syrian Arab Army against terrorist organizations in Aleppo, with the support of the Russian forces.

He hailed the great sacrifices made by the heroes of the Syrian Arab Army and the Russian soldiers in defense of Syria, saluting the souls of martyrs and the martyrs of the Russian and Iranian allies.

The Information Minister pointed out that the Russian support for the Syrian state involves the media sector, not only the logistic, military and humanitarian fields.