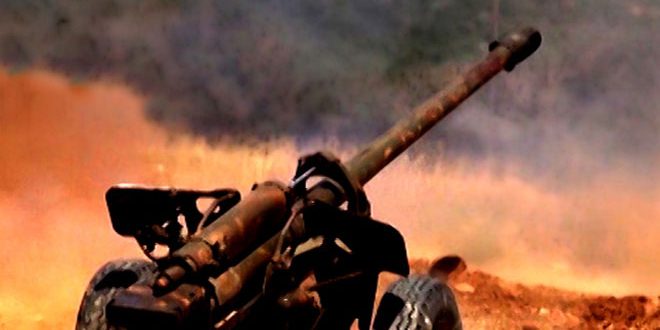 Deir Ezzor/Aleppo, SANA – Army and Armed Forces units managed to recover control over all the areas it had lost control over earlier due to American aircraft attack on army positions in the surroundings of Deir Ezzor Airport.

SANA reporter said that following a quick and precise operation in which they targeted ISIS terrorists with heavy fire, army units managed to recover control over all areas that it had lost control over due to the American attack which allowed ISIS to seize them, including al-Tharda Mountain which is a strategic position overlooking Deir Ezzor Airport, a vital lifeline for providing supplies to Deir Ezzor city and army units in the area.

4 American jet fighters, 2 F-16 jets and 2 A-10 jets, had entered the Syrian airspace and attacked army positions in al-Tharda Mountain in Deir Ezzor’s southeastern countryside, claiming a number of lives and injuring others, which allowed ISIS terrorists to seize the mountain.

Army and Armed Forces units thwarted on Saturday an attack by ISIS terrorists in the surroundings of the Air Force Academy in Aleppo’s eastern countryside.

A military source told SANA that army units clashed with terrorist groups from ISIS in the surroundings of the Air Force Academy 40 km northeast of Aleppo city on the highway to Raqqa, which resulted in killing many terrorists and destroying 4 cars equipped with machineguns.