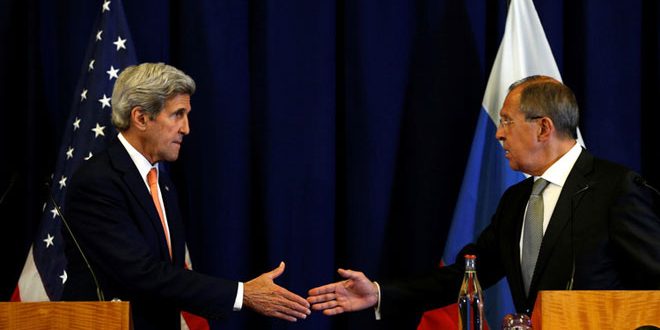 Damascus, SANA – Informed sources stressed on Saturday that one of the goals of the Russian-U.S. agreement is to reach political solutions to the crisis in Syria.

The agreement referred to a “truce” to allow access to humanitarian aid to enter Aleppo city via the Castello road, the sources told SANA.

They noted that the Syrian government agreed to the agreement, and that there will be a cessation of hostilities in Aleppo city for humanitarian purposes.

The sources spoke of a U.S. demand that the “armed factions” separate themselves from Jabhat al-Nusra terrorist organization and of a plan to establish a Russian-U.S. coordination center to fight ISIS and Jabhat al-Nusra using aircrafts.

According to the sources, the agreement affirmed that changing the name of Jabhat al-Nusra does not change the fact that it is a terrorist organization, noting that Russia has accused some “opposition parties” of lack of cooperation.

The sources underscored that the Syrian agreement had been informed of the agreement and agreed to it.

The agreement was announced on Friday following 14-hour talks in Geneva between Russian Foreign Minister Sergei Lavrov and his US counterpart John Kerry.

Lavrov-Kerry agreement Russian-US agreement on Syria 2016-09-10
h.said
Share
Previous Authorities settle legal status of 300 gunmen in al-Moaddamiyeh within the reconciliation
Next The army advances in many areas of Aleppo, repels massive attack by terrorists in Quneitra 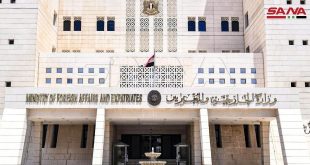