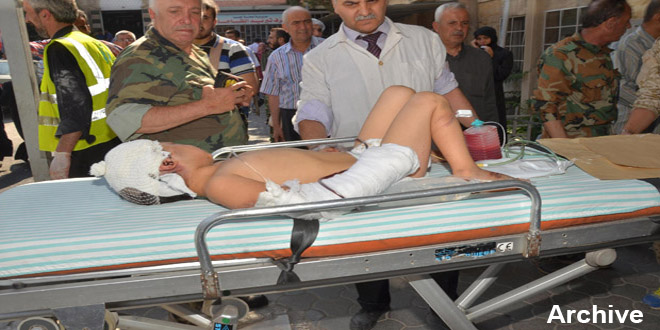 Earlier, two children were killed and 6 others were injured as two rocket shells hit al-Zahraa town in the northern countryside of the province, the source said.

Three other civilians were reported injured as a third shell fell in al-Masharqeh neighborhood in Aleppo city, according to the source.

The attack caused only material damage to the locals’ houses and properties, but no human casualties were reported, the source confirmed.