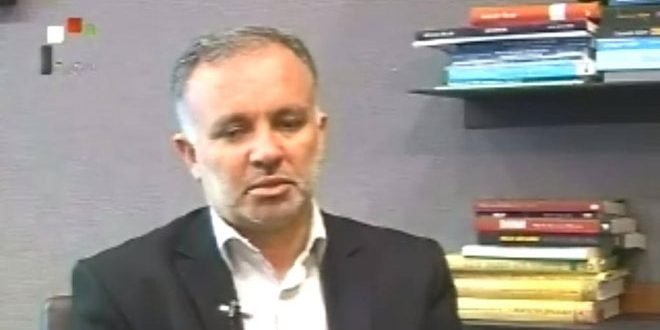 Ankara, SANA_ Spokesman of the People’s Democratic Party in Turkey (HDP) Ayhan Bilgen affirmed that the Turkish government, since the beginning of the
crisis in Syria, has been transporting weapons via ambulances to the terrorist organizations in Syria.

Bilgen told Syrian TV Sunday that Turkey was a main cause of the war against Syria due to its miscalculations and arbitrary policies which caused the bloodshed of innocents in Syria, pointing out that terrorists leave Turkish camps for fighting in Syria and return back to the camps in Turkey.

The policy of Justice and Development party (AKP) negatively affected civil security in Turkey which became now in danger, affirming that AKP is seeking to liquidate HDP and moving it out of the Parliament, saying that what happens in the southeastern of Turkey is demolishing cities with shells and explosives on the pretext of fighting terrorism and this is an incredible and unbelievable excuse.

Bilgen pointed out that the policy of AKP was completely wrong and based on unbalanced regional balances.

He said that Turkish regime unlimitedly interfered in Syria’s affairs, supported terrorist organizations, and allowed foreign fighters to cross its border into Syria.