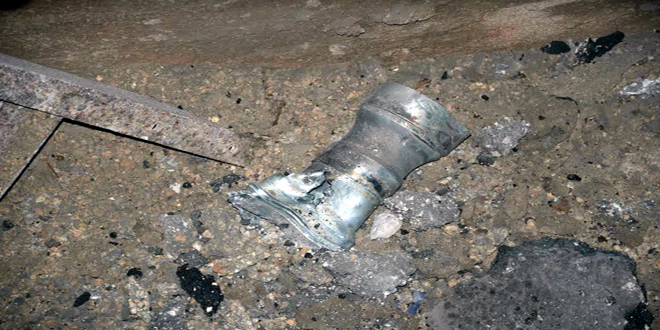 Idleb, SANA – Five civilians were injured in shelling of the terrorist-besieged al-Fouaa town in the northern countryside of Idleb province on Tuesday.

Local sources in the town told SANA in a phone call that terrorists of Jabaht al-Nusra and armed groups affiliated to Jaish al-Fatah terrorist organization, positioned in Binnish and Maaret Masrin towns, fired more than 40 rocket shells on al-Fouaa.

The sources confirmed that 5 people were injured, including women, noting that the attacks caused material damage to the locals’ properties.