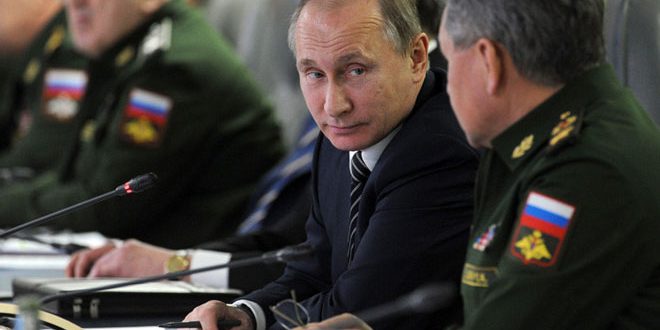 Moscow, SANA – Russian President Vladimir Putin voiced hope that the standing mechanism between Russia and the United States will lead to constructive and radical changes to the situation in Syria.

In a meeting held in Sochi on Tuesday, Putin said that Russia managed to achieve a positive change in Syria thanks to the coordinated work of the Russian Aerospace Forces, which he said have carried out around 10,000 sorties and destroyed more than 30,000 terrorist targets in Syria, including around 200 facilities for producing and refining oil.

The Russian President pointed out that Russian long-range bombers have carried out 178 sorties since they joined the Russian aerial operation in Syria, and that the Russian strikes on the infrastructure of ISIS and Jabhat al-Nusra terror organizations in Syria were very accurate, powerful, and effective, which caused a major shift in the war against terrorists.

He noted that with the Russian Aerospace Forces’ support, the Syrian Arab Army managed to liberate more than 500 towns from terrorists, Palmyra being the most notable with them.