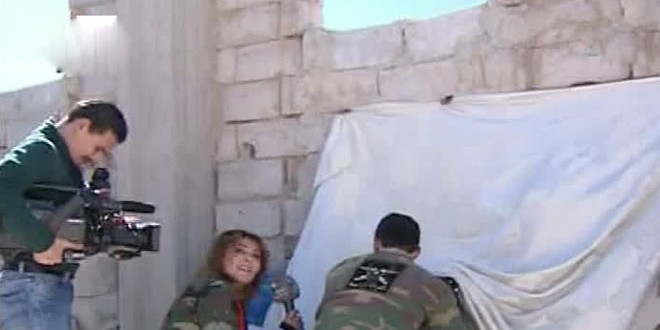 The Syrian TV said in breaking news on Friday noon that the cameramen Issa Ali Jan and Safwan al-Shaer were injured in the attack in Darayya city while they were filming “Nabd al-Arad (The pulse of the Land)” program.