A new batch of self-protection squads graduated in Damascus Countryside 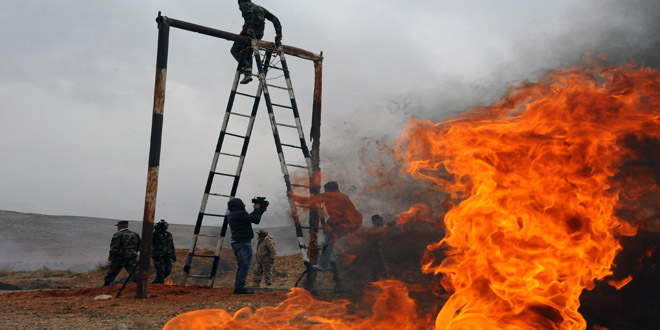 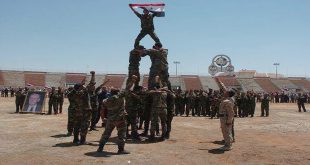 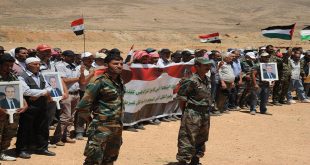 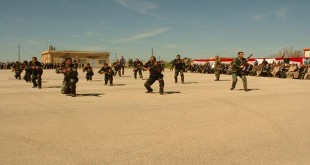 Damascus Countryside, SANA – The seventh batch of self-protection squads, which consist of 1300 men and youths from Qalamoun area in Damascus Countryside, finished their training and became ready to hold their responsibilities in standing side by side with the army and defending the homeland. The graduating squad members carried out drills displaying some of the combat skills they acquired during their training such as thwarting terrorist attacks and ambushes in the mountainous hills and using heavy weapons.

Governor of Damascus Countryside, Hussein Makhlouf said that more than 5000 people have joined self-protection squads till now, and their role is to maintain areas restored by the Syrian Arab army, preserve properties and help displaced people return to their homes and normal life. One of the military commanders in charge of the training program said that some 1300 people went through different types of drills such as tactic field, individual combat and shooting in order to enhance their combat skills and their ability to protect their villages against any terrorist attack.

Many batches of self protection squads in different provinces completed training over the last period to be ready in helpy the army and defending public institutions and residential areas.
R. Raslan/ Barry