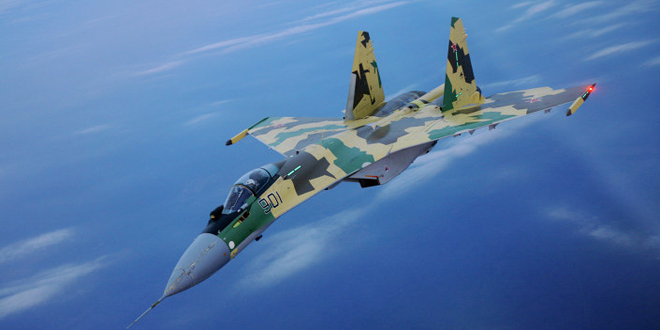 Moscow, SANA- A Russian military source on Monday declared that Russia is preparing to test the next-generation of Su-35S fighters for the first time in its air operations against the terrorist organizations in Syria.

The Russian Kommersant newspaper cited the source as saying “The Russian General Staff has decided to run a field test of the brand-new Su-35S in Syria for the first time ever,”

The first four jets were handed over to the Russian Aerospace Forces last fall. Several days ago, they were transported to Hmeymim Airport to the northwest of Syria, according to the newspaper.

On Sept. 30th, the Russian Air Force started an air campaign against ISIS and other terrorist organizations in Syria in coordination with the Syrian Arab Army.