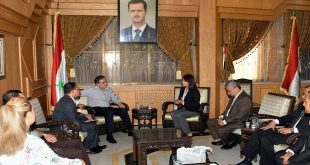 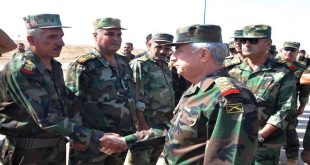 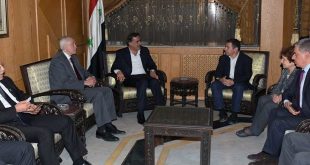 Aleppo, SANA – Aleppo governor, Mohammad Wahid Akkad, inspected on Thursday the rehabilitation of infrastructure at the Industrial City of al-Sheikh Najar in Aleppo which was destroyed by the armed terrorist groups before the Syrian Arab Army restored security and stability to it.

He pointed out that the local authorities in Aleppo are a part of the Syrian Arab Army, adding that it works hard to guarantee the return of the production cycle in the Industrial City.

Akkad said that water will be available in a few days, while phone services will return before the vacation of Eid al-Fitr, after that the government will work to fix electricity networks.

“Three committees will be formed to inspect the damaged facilities and estimate losses,” the Governor said.

For his part, Director of the Industrial City, Mohammad Hindiyeh, said that service workshops are carrying out their work to fix the damaged infrastructure to restore the basic services as soon as possible.

In the same context, Aleppo Governor inspected the rehabilitation and paving the alternative road of al-Ramouseh which extends to 2800 m. 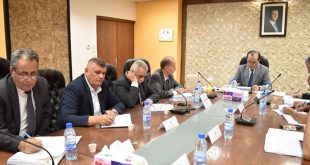