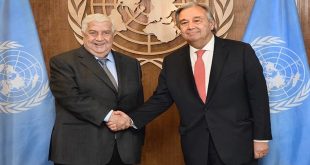 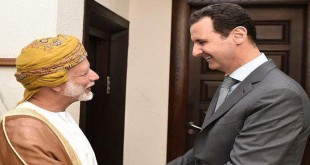 During his speech on Saturday before the 70th session of the UN General Assembly, Bin Alawi called for supporting the efforts made by the UN envoy to Syria Staffan de Mistura for restoring security and stability in Syria.

Bin Alawi stressed the importance of maintaining a global system for prevention of nuclear proliferation which can only be achieved through disarmament and non-proliferation and allowing countries to use nuclear energy for peaceful purposes.