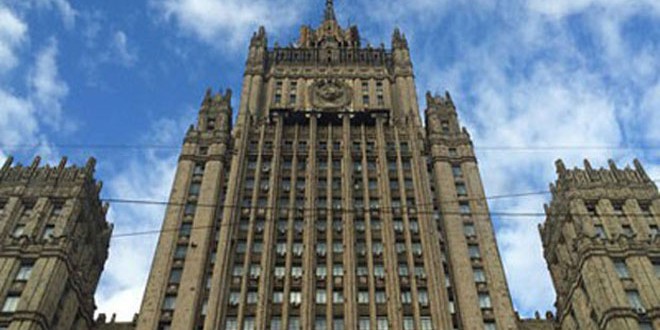 Moscow, SANA-Moscow hoped that the mission of heads of four working groups, appointed by UN secretary General, would boost efforts of UN special envoy to Syria Staffan de Mistura to help establish “a collective, constructive platform for the opposition”, so conducting negotiations with the Syrian government and launching an inter-Syrian dialogue according to Geneva communique of 2012.

“We set out from a fact that heads of the said groups would consider principles of an objective and unbiased behavior in their work in order to find choices of settling the conflict in Syria in a way that would be accepted by all sides,” the Russian Foreign Ministry said in a statement on Thursday.

The Ministry said talks during the meeting concentrated on the situation in Syria and confronting the terrorist threat, represented by the Islamic State in Iraq and Syria terrorist organization.