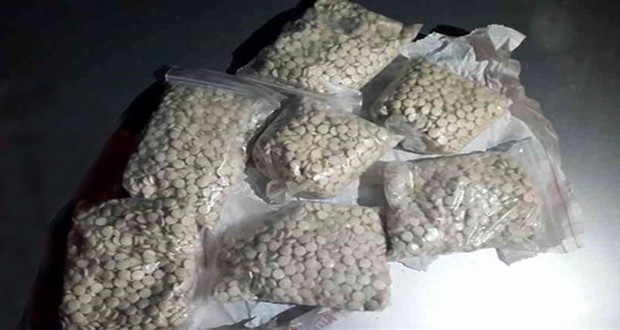 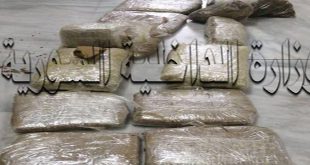 Homs, SANA – Authorities seized on Thursday morning amounts of narcotics in the possession of a drug smuggling gang in Homs city.

The gang members, who were arrested, had been smuggling drugs in al-Midan neighborhood in the city, a source at Home Governorate said in a statement to SANA.

The narcotics, the source noted, included 3000 Captagon tablets and an amount of hashish and heroine.