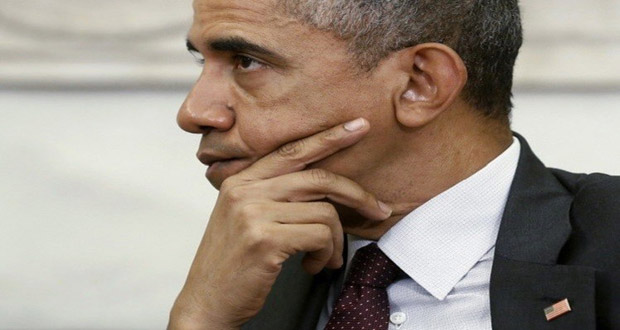 Washington, SANA-The Iranian nuclear deal might lead to broader discussions on Syria but this will not happen soon, the US President Barack Obama said.

Speaking in an interview with CNN to be aired Sunday, Obama said: “Is there the possibility that having begun conversations around this issue that you start getting some broader discussions about Syria, for example, and the ability of all the parties involved… I think that’s possible, but I don’t think it happens immediately.”

Commenting on the deep-seated differences in attitude between Saudi Arabia and Iran, Obama said that, at one point, the two are sure to realize that their common enemy is chaos more than anything else.

“What ISIS and the potential collapse of Syria, Yemen or any other represent is far more dangerous than whatever rivalries that might exist between these two states,” he added.