ISIS kills dozens of people in Ain al-Arab, others killed in terrorist attacks in Aleppo and Daraa 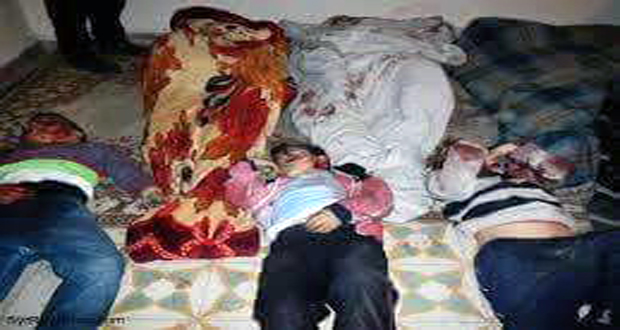 Provinces, SANA -Terrorists of Islamic State in Iraq and Syria “ISIS” and other Takfiri organizations continued perpetrating their crimes against the Syrian people by launching attacks against residential areas in different provinces of the country, killing  civilians and detonating car bombs.

Over 22 people shot dead by ISIS, others killed in suicide bombings in Ain al-Arab city

At least 22 residents from Barkh Boutan village in Ain al-Arab city were shot dead by ISIS terrorists on Thursday.

Most of the victims in this new ISIS massacre were children, women and elderly people, according to local sources in the village, which is located to the south of the city.

The sources said ISIS terrorists infiltrated Thursday morning into the city coming from the border crossing with Turkey.

The locals, the source added, tried to repel the terrorists and killed five of them before the latter withdrew from the village after reinforcements of the popular protection units arrived.

In Ain al-Arab city, which is located in the northeastern countryside of Aleppo province, ISIS carried out a second suicide car bombing after a previous one hit at the border crossing with Turkey north of the city and left at least 6 people killed.

Last January, the popular protection units managed to drive ISIS terrorists out of Ain al-Arab city following five months of non-stop confrontations and fierce battles during which hundreds of ISIS members were killed and scores of their vehicles were destroyed.

Meanwhile, two civilians were killed and ten others were injured in terrorists’ rocket shells that targeted al- Ashrafiyeh neighborhood in the city of Aleppo.

A source in the province told SANA reporter that the rocket shells, fired by the terrorists positioned in Bani Zeid neighborhood, fell in al- Ashrafiyeh neighborhood, leaving 2 civilians dead and 10 others injured.

The source added that the terrorist attacks also caused material damages on public and private properties in the neighborhood.

In the southern province of Daraa, 7 civilians were killed and 27 others were injured in terrorist attacks with rocket shells, mortars and gas cylinders in a number of residential neighborhoods in the city.

The death toll is likely to rise as the attacks on the city continue.

In an earlier toll, a source in Daraa province told SANA that Israeli and Jordanian-linked terrorist organizations targeted the neighborhoods of the city with mortar shells and gas-cylinder explosives, killing 6 civilians and injuring 13 others, some were seriously wounded.

A medical source in the Province said that the national hospital and medical centers in the city received 13 persons who were injured by the shells; two of them were critically injured. 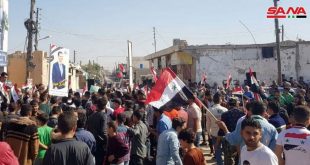