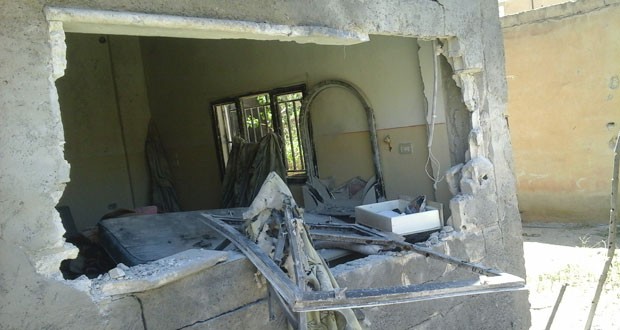 Hasaka, SANA- Four civilians were killed and others were injured Wednesday in two terrorist bombings with a car and a bike detonated by the Islamic State in Iraq and Syria “ISIS” terrorist organization in Hasaka city.

A source in the province told SANA that terrorist suicide bombers from the ISIS detonated a car and a bike near al-Baitara building in al- Kallasa neighborhood.

The source added that the two terrorist bombings claimed the lives of a number of civilians and injured others, in addition to causing a material damage in the building.

Meanwhile, the source added that the number of the civilians who were killed in the 15 shells fired by terrorists on Wednesday morning against the neighborhoods of al-Nasira, al- Kallasa, al-Salihiya and al-Mufti in al-Hasaka city raised to 4, including a child and six others were injured.

The source added that a unit of the army and the armed forces carried out direct blows against the sites of firing the shells, killing a number of the ISIS terrorists and injuring others.

Earlier in the day, a source in Hasaka Police Command told SANA that 3 civilians were killed and four others were injured in terrorist rocket and mortar shells against Hasaka city.

A man was killed and two others were injured on Wednesday in a terrorist mortar attack on al-Abassiyeen residential area in Damascus.

A source at the Police Command told SANA that terrorists fired a mortar shell which landed in the area surrounding al-Abassiyeen Hospital, causing the death of one citizen and the injuring of two others.