Damascus, SANA Tuberculosis’ infections in Syria were decreased from 5,000 in 2000 to 3,250 in 2014 as the percentage of the success of the treatment reached 79,59 during last year which matches the international standards, Deputy Health Minister Dr. Ahmad Khlaifawi said in a symposium held by Health Ministry on Tuesday at al-Cham Hotel in Damascus.

Dr. Khalaifawi added, during the symposium organized in cooperation with World Health Organization (WHO) and UN Development Program (UNDP) and the Global Fund to Fight AIDS,
Tuberculosis and Malaria, that the ministry is continuing work on treating all infected persons in a way that achieves the national strategy for eliminating the disease and limits its spread.

Director of Communicable and Chronic Diseases and Director of the National Program to Fight Tuberculosis at Health Ministry, Dr. Ahmad Dhumiriyeh said that setting the new national
strategy for 2015-2019 aims at eliminating Tuberculosis disease in the country.

Meanwhile, Regional Director of the UN Development Program (UNDP) Jan Thomas Hiemstra expressed support to the activities of the Syrian national program through ensuring medicine for the
patients, offering laboratory tests and developing local capacities in the health sector.

Director of medical services at the Syrian Arab Red Crescent (SARC) Dr. Hazem Baklah, for his part, pointed out the cooperation between SARC and Health Ministry in fighting Tuberculosis in a number of areas, like the Eastern Ghota where the ministry provided SARC with medicines and necessary protocols for treatment.

Dr. Baklah added that the medical center affiliated to SARC in Douma area is treating 167 cases.

The WHO dedicated March 24th as the World Tuberculosis Day. The day aims at promoting awareness of this disease, fighting and treating it.

World TB Day, marks the day in 1882 when German microbiologist Robert Koch announced his discovery of the bacterium that causes tuberculosis (TB). 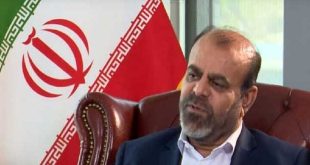 Qasemi: Syrian-Iranian agreement to establish a bank and free zones