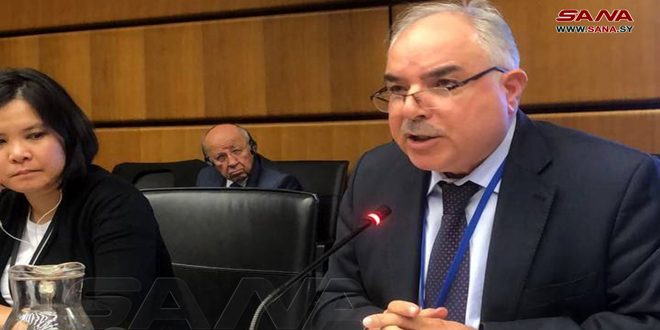 Vienna, SANA- Syria’s permanent representative to the United Nations and other international organizations in Vienna, Ambassador Hassan Khaddour said that the security and stability of the region and the world will continue to be threatened if “Israel” remains outside the Treaty on the Non-Proliferation of Nuclear Weapons.

Delivering a speech at the International Atomic Energy Agency (IAEA) Board of Governors Meeting, November 2022, Ambassador Khaddour explained the fact that Israeli occupation entity  is outside the framework of the Comprehensive Safeguards Agreement and the Nuclear Non-Proliferation Treaty ,and its rejection of all initiatives to establish a zone free of nuclear weapons and weapons of mass destruction represents a threat to the security and stability in the Middle East region.

The Ambassador noted that the Israeli aggression in September 2007 on a region in Deir Ezzor was used as a platform to attack Syria, distort its image and put pressure on it instead of being condemned because it represents a flagrant violation of international law.

He clarified that all the reports about the site destroyed by Israel at the time, including the agency’s reports, are speculative and not based on tangible evidence.

“Whoever talks about peace and stability must first condemn the Israeli aggression and not press charges against Syria and turn a blind eye to Israel’s violation of international law, “Khaddour said. 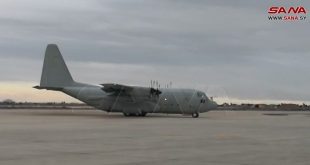