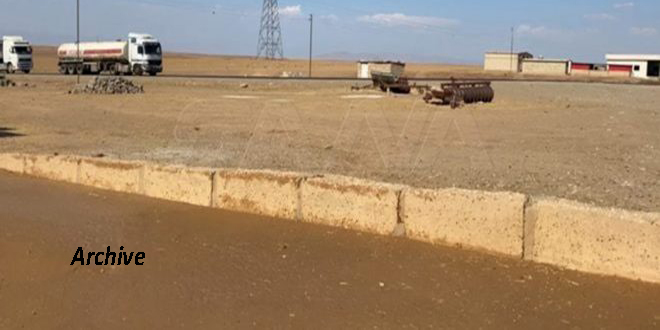 A convoy consisting of 40 vehicles, including oil transport tank trucks loaded with stolen oil from oil wells which were occupied by US forces in al-Jazeera region, in addition to a number of trucks loaded with military equipment, headed via the illegitimate al-Waleed crossing for northern Iraq, protected by US occupation armored vehicles, according to local sources.

On July 7th, the US occupation brought out dozens of oil transport tank trucks loaded with oil, in addition to other vehicles carrying military equipment from Syrian territory towards Iraqi lands through the illegitimate crossings in Hasaka countryside.