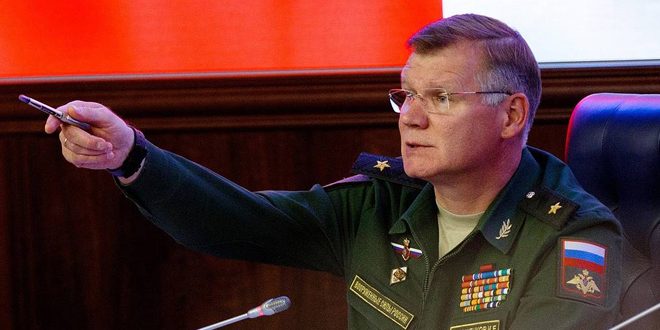 “On June 25, the towns of Severodonetsk and Borovskoye, the settlements of Voronovo and Sirotino came under the control of the Lugansk People’s Republic. About 108,000 people are living in the localities liberated from the Kiev regime. The liberated territory totals about 145 square kilometers,” Konashenkov said.

“The successes by the Russian army, the people’s militias of the Donetsk and Lugansk People’s Republics are substantially lowering the morale of the Ukrainian military. In particular, mass instances of heavy drinking, the use of narcotic drugs and deserting combat positions are observed in the 30th mechanized brigade deployed near Artyomovsk,” the spokesman said.

“Operational-tactical and army aviation aircraft, missile troops and artillery struck manpower and military hardware in 286 areas, artillery and mortar units in 62 clusters, two command posts in the areas of the settlements of Visunsk and Barmashovo in the Nikolayev Region, four ammunition depots near the communities of Verkhnekamenka, Lisichansky and the western outskirts of Lisichansk in the Lugansk People’s Republic,” the spokesman said.

“A MiG-29 plane of the Ukrainian Air Force was shot down in an aerial battle near the settlement of Zelenodolsk in the Dnepropetrovsk Region,” the spokesman said.

A Russian Pantsyr-S air defense system shot down a Ukrainian Su-25 ground attack plane and 12 Grad rockets over Snake Island in the Black Sea, with no casualties reported among the Russian personnel, the spokesman said.