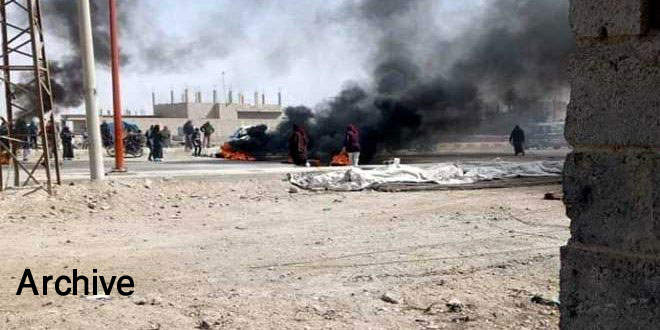 Raqqa, SANA- A gunman from the QSD militia backed by the US occupation forces was killed, and others were wounded in an attack carried out by the popular factions west of Raqqa city

An attack with machine guns carried out on Friday by the popular resistance factions targeted a military vehicle belonging to the QSD militia on al-Mazarea road west of Raqqa city, killing a gunman and wounding others, and causing damage to the car which were transporting them, local sources told SANA reporter.