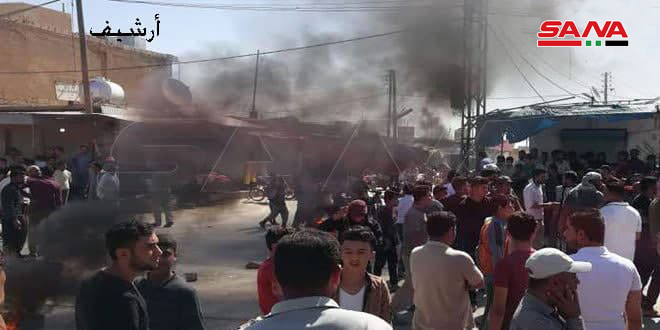 Hasaka, SANA- a citizen was injured when US occupation-backed QSD militia has opened fire on him in al-Zabba village in Qamishli countryside.

Local sources told SANA reporter that QSD militia gunmen encircled al-Zabba village in Qamishli countryside and opened random fire on the citizens while they were storming the houses in the village, causing the injury of a citizen, who was admitted to the hospital.

The sources pointed out that the militia kidnapped 15 civilians from the village and led them to its military positions in the area.