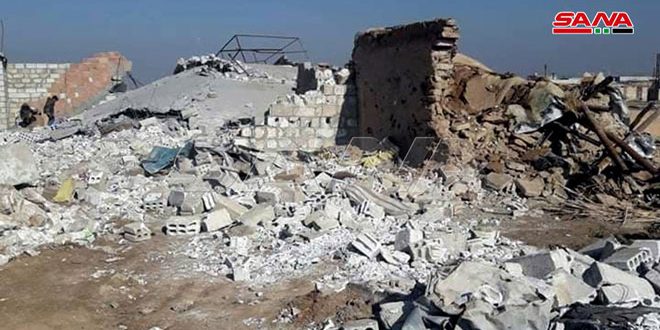 Hasaka, SANA- Turkish occupation forces and their terrorist mercenaries targeted with rocket and artillery shelling the villages of al-Daradarah and Bab al-Khair in Hasaka northwestern countryside.

Local sources told SANA reporter on Thursday that the Turkish occupation forces and the terrorist groups supported by them attacked with rocket and artillery shelling the villages of al-Daradarah in Tal Tamer area and Bab al-Khair in the surroundings of Abu Rasin town, in Hasaka northwestern countryside, causing material damage to the area.

The sources pointed out that most of the villages and towns adjacent to the areas which are controlled by the Turkish occupation forces and the affiliated terrorists have witnessed displacement for dozens of families to escape the repeated attacks.