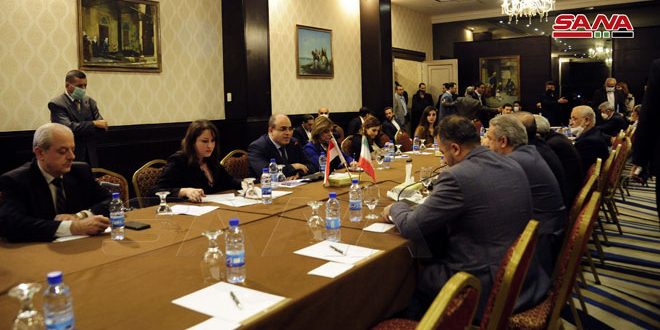 During the meeting, both sides underlined the importance of the Iranian Products Exhibition which kicked off on Monday in Damascus as a turning point in the trade and investment relations between the two countries.

The meeting dealt with several issues to boost development of trade cooperation, including bartering what Syria needs in exchange for materials that it can export and that Iran needs.

Al-Khalil stressed the importance of developing investment and trade activities between both countries through reviewing the customs duties currently in force.

There are many joint works which help to activating intra-regional trade between the two countries”, the Iranian Minister said in turn. It was agreed, during the meeting, to form a working group in each of the two countries to follow up and activate the commercial matters.