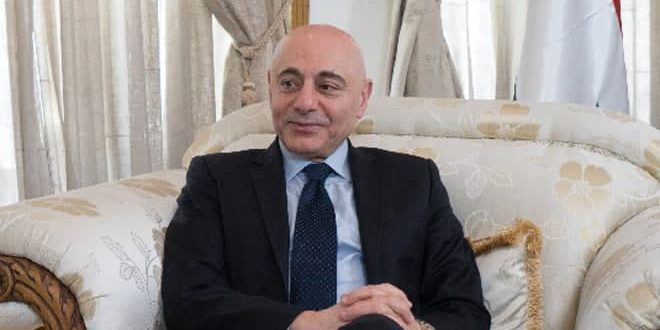 Beijing, SANA- Syria’s Ambassador in Beijing Imad Mustafa affirmed the Syrian state’ willingness to bolster cooperation with all the friendly countries, including Vietnam in all fields.

The Ambassador ‘s remarks came during a dialogue conference convened by the Ministry of Foreign Affairs of the Socialist Republic of Vietnam, in which the Vietnamese Deputy Foreign Minister met on Thursday a group of ambassadors of the Middle East countries with the aim of enhancing cooperation between Vietnam and these countries .

The Ambassador spoke , via video, about the Syrian-Vietnamese historic relations and the importance of stances and mutual support between the two countries on the international arena.

He affirmed the determination of the Syrian state to reconstruct what have been destroyed by terrorism in the country, pointing out to the existence of a legislative environment that guarantees investment , calling on the Vietnamese companies willing to invest to participate in the reconstruction projects.