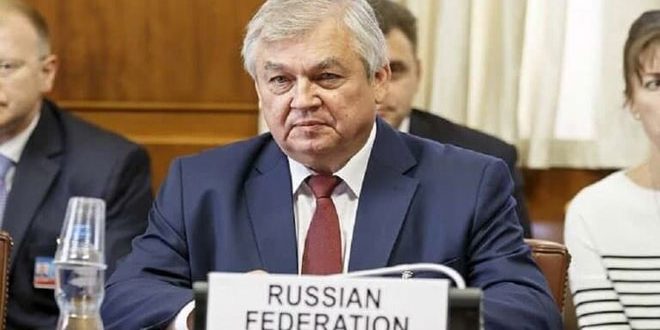 Moscow, SANA- Russian President’s Special Envoy to Syria, Alexander Lavrentiev, called on the militias backed by the US occupation forces for having dialogue with the Syrian government, warning of their continuous reliance on the US as it may withdraw its forces from Syria at any time.

In a press statement, Lavrentiev, pointed out that QSD militia depends a lot on its cooperation with the US whose forces are existed in areas of its deployment, saying “the US could have a decision to withdraw its forces from Syria suddenly as it did in Afghanistan”.

He added “US former President, Donald Trump, took a decision to withdraw from Syria, but it was reviewed and postponed for further notice and I think that this withdrawal could be carried out any time”.

The Russian Special Envoy called on QSD militia “to conduct dialogue with the Syrian government in a way that contribute to reaching solutions to get out of the crisis.” 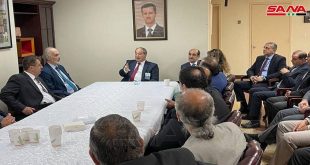