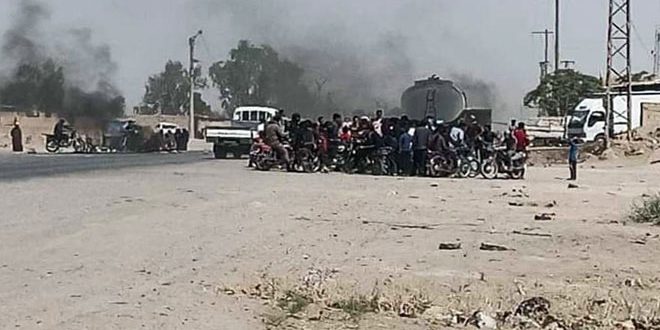 Deir Ezzor, SANA- The locals in Jdid Bakkara town in Idleb eastern countryside staged demonstrations on Monday in condemnation of the practices of the US occupation-backed QSD militia.

Local sources told SANA reporter that popular protests were staged in Jdid Bakkara town in the eastern countryside of the province in condemnation of QSD criminal practices against the locals and the prevalence of a state of insecurity and chaos as well as the plundering of the crops and property.

The demonstrators blocked the main roads in the town with stones and burning tires, demanding to expel QSD militants and the US occupation from the region.