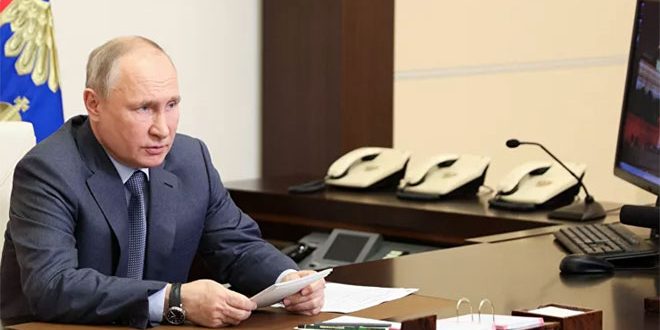 Moscow, SANA-Russian President Vladimir Putin has announced that he intends to discuss the situation in Syria and Libya, in addition to a number of global issues, with his US counterpart, Joe Biden, during their summit set for June 16.

Sputnik News Agency quoted Putin as saying on Sunday that there is a bunch of global issues in which Moscow and Washington must cooperate and that direct contacts between the two sides will be restored.

He pointed out that the situation in Syria and Libya and issues of global security threats and environmental issues will be also on the agenda of the meeting.

The summit between Presidents Putin and Biden is scheduled to be held in Geneva, Switzerland, on June 16, and this will be their first meeting since the inauguration of Biden as President of the US early this year.