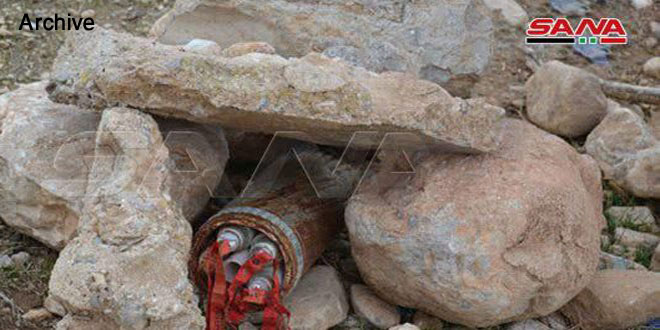 Quneitra, SANA-Two people were martyred and two others were wounded by bullets fired at them by unidentified gunmen in the village of Ruwayhina village in Quneitra southern countryside.
SANA reporter said that unknown gunmen targeted on Sunday evening with machinegun several people in the village of Ruwayhina in the southern countryside of Quneitra, which led to the martyrdom of two of them and wounding two others.

On Saturday evening, one person was killed and three others were injured, when an explosive device exploded , in addition to shooting fire by unknown persons in the vicinity of Al-Baath city and in the village of Al-Qusaybah in Quneitra countryside.