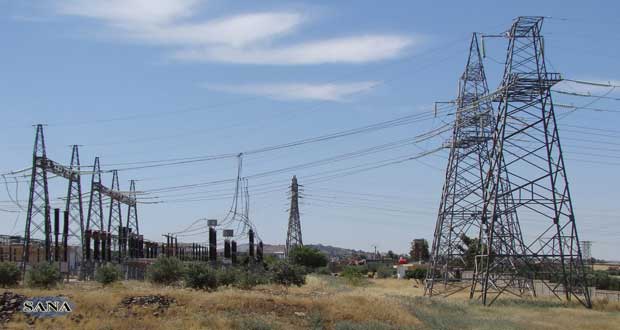 Daraa, SANA- The high voltage power line no. 66, which feeds Kherbet Ghazaleh Station that provides Daraa city with electricity, was targeted on Monday by terrorist organizations.

A source at the Electric Power Company in Daraa told SANA that due to the terrorist attack on the line, rationing hours in the city will be increased temporarily and that the company is using a backup line until the damaged line is repaired, which is expected to take only a few hours.

Khrbet Gazala Station has been subjected to more than 4 terrorist attacks in the 2014, and terrorists prevented repair teams from entering the station by targeting workers with explosive shells and gunfire.