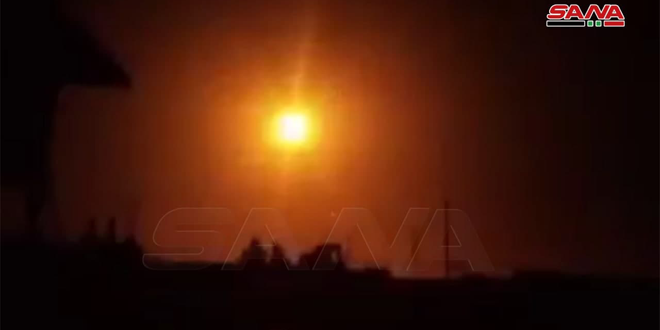 Damascus Countryside, SANA- The Zionist enemy launched an aggression from the direction of the occupied Syrian Golan towards south Damascus, causing only material damage.

A military source told SANA that at 23.50 on Tuesday, the Zionist enemy launched an air strike from the direction of the occupied Syrian Golan towards south Damascus, adding that the losses were limited to material damage.

On November 8, the Syrian Arab Army air defense confronted an Israeli aggression against the southern region and shot down a number of missiles.

During the terrorist war against Syria, the Israeli enemy has launched several air aggression, and the Syrian air defense confronted them and shot down most of the missiles before reaching their targets. 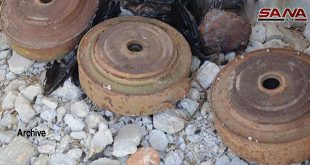 Hama, SANA-Five civilians were martyred on Saturday and 13 other were wounded in a blast …