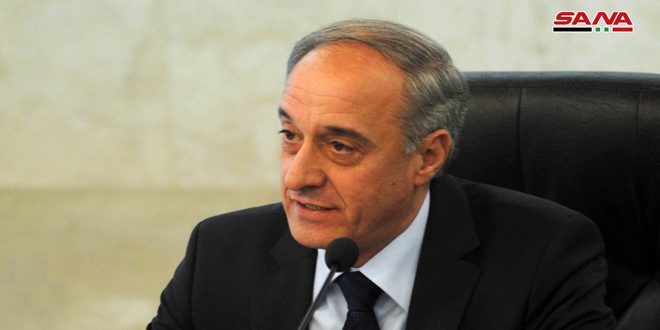 Sousan added in a phone call with the Syrian TV channel, that the late al-Moallem was confident and certain of the inevitability of victory against the terrorist war which has been imposed on Syria, indicating that al-Moallem, till the last moment of his life and despite the severity of his disease, he was carrying the national concern and continuing his task with its smallest details.

2020-11-16
rafah
Share
Previous Minister of Information: Syria was in heart and conscience of al-Moallem who remained loyal soldier fighting for it
Next Funeral ceremony for Minister al-Moallem held amid official and popular presence