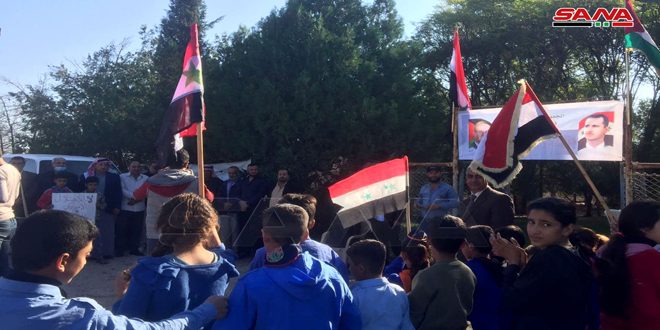 Hasaka, SANA-The citizens and students of Damkhaya village in the southern countryside of Qamishli on Friday organized a protest against the US and Turkish occupations, rejecting the practices of the “QSD” militia in seizing and closing schools, and condemning the American and Western sanctions imposed on the Syrian citizens.

Participants in the stand denounced the closure of schools by the “QSD militia” and the deprivation of children from the right to education, stressing that such practices will not deter the Syrian citizens from their stance rejecting the occupation.