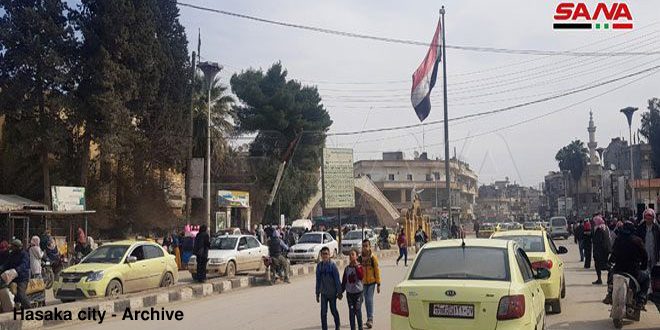 Director General of Syrian General Grain Administration, Yusuf Qassem, told SANA that Qasad groups seized the Company’s headquarters in Ghweran district and expelled the workers, as well as closed the doors of the building and put guards to prevent workers to re-enter the building.

SANA reporter mentioned that the groups raised the flag of the US occupation over the Traffic Police headquarters after establishing a helicopter landing strip there.