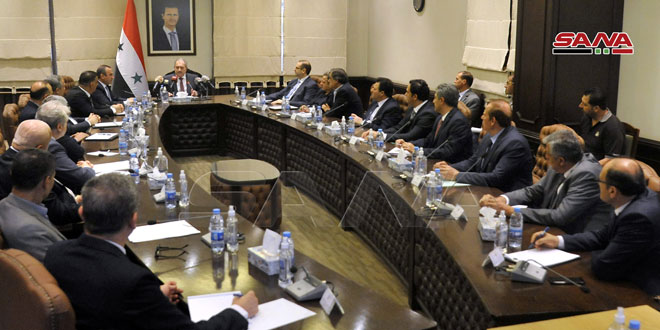 Damascus, SANA – Prime Minister Hussein Arnous stressed the importance of the Governors’ presence among citizens, following up on their issues, working to meet their needs, and submitting proposals to improve the economic situation of each province and ensure the optimal investment in its agricultural, industrial, and tourism resources.

Arouns emphasized the role of Governors in implementing the state’s “from the producer to the consumer directly” plan which will be implemented next week, and he called on the Governors to simplify the procedures for providing services for citizens, stressing the need for good preparations for the upcoming People’s Assembly elections.