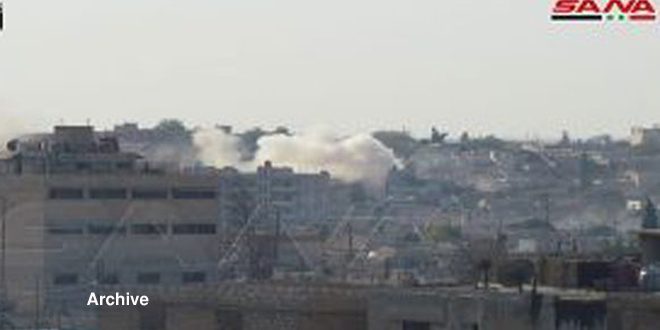 Hasaka, SANA_ One civilian was martyred and another was wounded by shots fired by the Turkish occupation forces and their terrorist mercenary at a car in northwestern of Ras al-Ayn city.

SANA reporter in Hasaka said that the occupation forces and their mercenaries on Saturday intentionally opened fire on a van coming for Raqqa city near a checkpoint for the occupation mercenary.

The reporter indicated that the martyr works in a school while the injured is a retired worker at the electricity company.

Hasaka injured martyred one Turkish forces 2020-05-17
ghossoun
Share
Previous Hama on 16-05-2020
Next Together against Corona .. Do not neglect precautionary measures .. Simple procedures to protect you and others