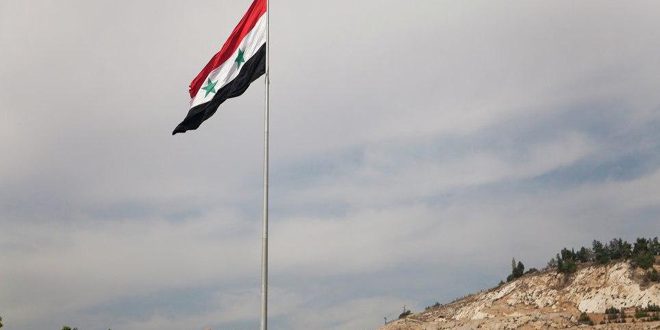 Beirut, SANA_ The participants in the Arab International Forum demanded lifting the unilateral coercive economic measures and the unjust siege imposed by Western countries on Syria.

The forum was held through the technique of communicating via the Internet under the title “The Virtual Arab International Forum to Lift the Siege on Syria and Eradicate the Sanctions Imposed on Friendly and brotherly People”.

The conferees considered the unilateral coercive economic measures and the unjust siege an unforgivable crime and a continuation of the aggression and terrorism that Syria has been exposed to for more than nine years.

They reiterated that the Syrian people who stood in the face of the international terrorist aggression against their country and defeated it and who supported their national leadership and army will not allow the continuation of the conspiracy, which is taking drastic methods today.

The participants pointed out that the United States and its allies, through coercive economic measures, target the people and countries that stand in the face of them and reject their dictates and hegemony, such as Syria, Iran, Yemen, and Venezuela.

They expressed full solidarity with those people and confidence in their ability to confront these measures and lift the siege on them.

The participants’ interventions condemned the economic terrorism practiced by the United States and its allies, demanding putting an end to it and prosecuting those responsible for it.

The forum’s interventions showed that the food blockade and the outbreak of epidemics are one of the ugliest and most brutal types of wars, stressing that Syria, which stunned the world with its steadfastness in the face of terrorism, has the right to condemn the blockade imposed on it and insist on breaking it because it has become a stigma of shame in the history of all humanity.

The interventions pointed out that the Corona pandemic showed the absence of human values from the new colonial world order led by the United States of America and controlled by the concept of material profit at the expense of man, health, dignity and life.

The forum was organized by the Arab International Center for Communication and Solidarity in cooperation with general secretaries and heads of Arab and international conferences, unions, parties, movements and commissions.