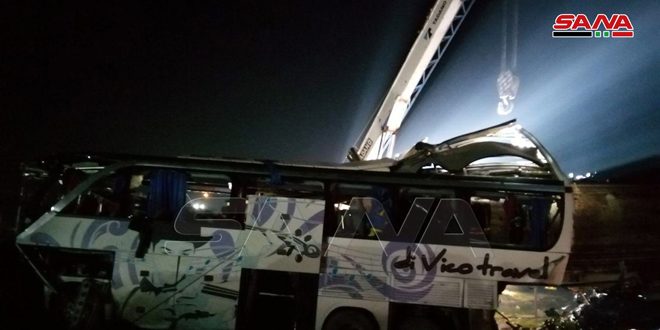 Damascus, SANA – 32 people were killed and 77 others were injured on Saturday when a tanker truck collided with two passenger buses and several cars on the Homs-Damascus highway near Baghdad bridge. 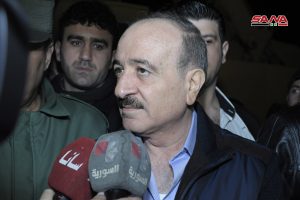 Interior Minister Mohammad Khaled al-Rahmoun said in a statement to journalists while overseeing rescue efforts that the accident was caused by a malfunction in the tanker truck’s brakes, causing the driver to lose control of the truck which collided with two buses carrying Iraqi passengers and 15 passenger cars.

He noted that the final number of victims isn’t clear yet, as civil defense members are still removing the damaged vehicles from the site, adding that traffic is being diverted until the road is cleared, which should be done tonight.

In a similar statement, Damascus Countryside Governor Alaa Ibrahim said that all police units and ambulances were put on full alert as soon as the accident occurred, and they transported the victims to hospitals and provided first aid to the injured.