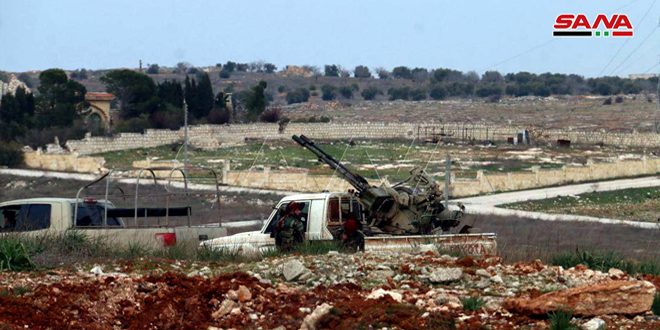 The reporter said advancing units targeted terrorists’ positions in the western and northwestern countryside with artillery and rocket barrages, inflicting losses upon them and destroying their fortifications.