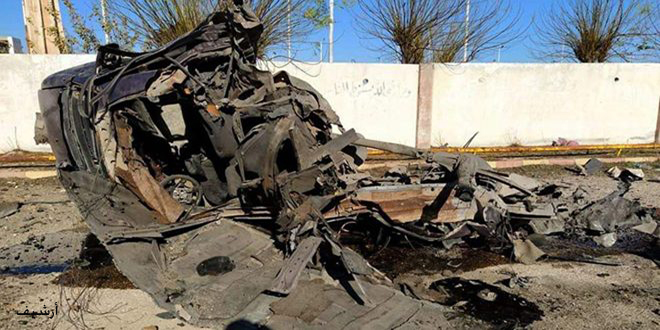 Raqqa, SANA_ Five civilians were martyred and seven others were wounded when a  car bomb exploded in Tal Abyad city in the northern countryside of Raqqa, where Turkish occupation forces and terrorist groups are positioned.

According to local sources, a car bomb exploded near the municipality of Tal Abyad in the northern countryside of Raqqa, claiming the lives of five civilians, including children and women, injuring seven others and causing material damage to houses and properties.

The forces of Turkish occupation and Turkey-backed terrorist groups are positioned  in Tel Abyad.